We serve many clients that trade their products and services internationally. We find that most successful manufacturers are looking for new markets. Those new markets are often international markets.

And if you are doing business in Canada, you may need help with the following: 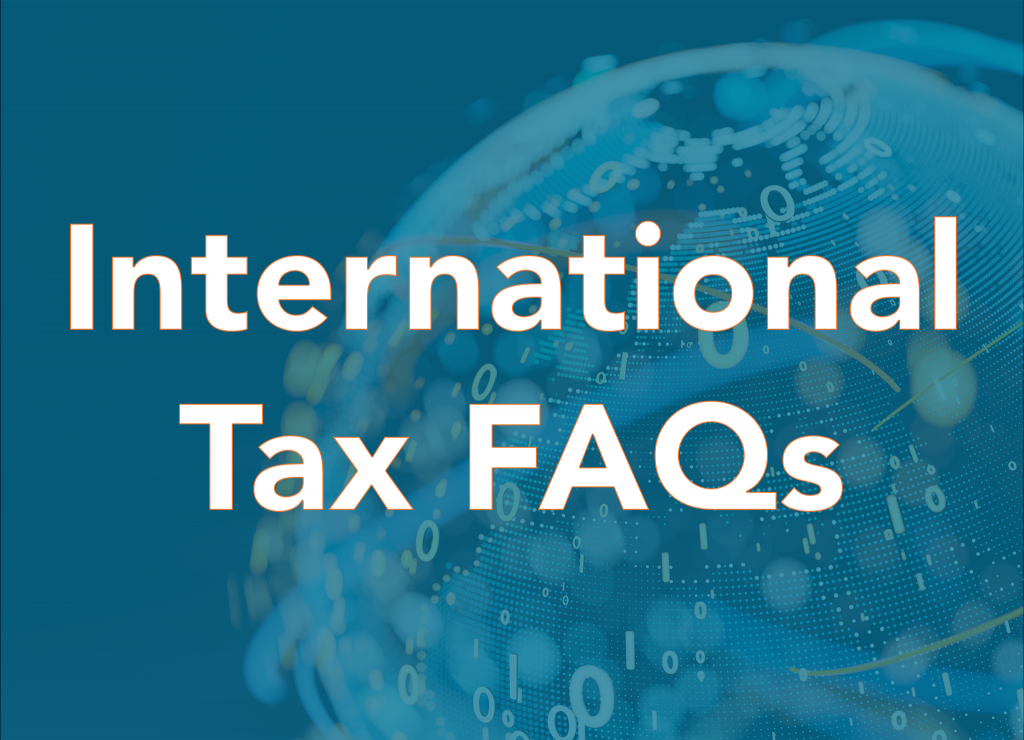 Our clients are primarily manufacturers that are looking to export their products out of or into Canada, or distributors who are assisting manufacturers with importing and exporting. Both types of clients have international tax issues to consider. One of the most important is Non-Resident Withholding Tax Canada.

This is a non-resident withholding tax in Canada. Regulation 105 tax is largely misunderstood. Its purpose is to capture tax on all services rendered in Canada that might be taxable. We find that most of our clients that pay this find that it is refundable because of a tax treaty or due to a waiver situation. The challenge is that the tax is charged and then you must apply for a refund. We can also help you plan to minimize this risk and get set up to speed the refund process if it does become payable. The mechanism is simple conceptually but of course, in practice it gets complex. The concept of regulation 105 tax is if you are not a Canadian resident and you do work in Canada the person or entity paying you is required to withhold taxes and remit them. You may not owe those taxes at the end of the day. They are just withheld in case you do. You must file a tax return to prove that you don’t owe them. It is generally a good idea to register on the tax system before someone withholds taxes from you. This is because by registering for taxes (tax identification number) you have your money labelled when it is remitted and it is easier to find and refund. Without a tax number, your money can be hard to find when it comes time for a refund.

HST and other sales taxes

HST (Harmonized Sales Tax) is the most commonly found sales tax in Canada. It is a unified tax that combines provincial and federal taxes into one tax. Some provinces do not participate in the HST and in those provinces you have GST (Goods and Services Tax) and PST (Provincial Sales Tax).

The Canadian government uses an investment ratio approach to help prevent profits from being taken out of Canada without Canadian taxes being paid. The investment ratio means that a certain ratio of the money invested in Canada can not bear interest and thus interest can not be used as an inter-company expense to remove profits from Canada. There is a good overview on Revenue Canada document RC4027 available on the Canada Revenue Agency web site. The concept of a thin Capitalization ratio is a simple concept but now is getting more complex for two reasons.

Consider the market of the client. The issue is not really the expertise but the budget to spend on compliance issues. We highly discourage stacked structures but do encourage a simple “strand” of cross border taxable transactions. So our favourite structure is one Canadian entity owned by one foreign entity. The foreign entity can be owned by a parent company on its side but we highly discourage transactions between the Canadian entity and multiple related non­resident companies. Instead, we recommend the transactions all get funnelled through the Canadian company and its direct parent.

Common Non-resident forms NR301, Nr302, NR303 – DECLARATION OF ELIGIBILITY FOR BENEFITS UNDER A TAX TREATY FOR A NON-RESIDENT TAXPAYER. Generally, I think of these as “Application for treaty rates of withholding”. These are generally supporting work papers for other filings. I.e. the T2062 or the payables department of the Canadian customer of a non-resident service provider. BN forms ITN forms and Applications for reduced withholding under waivers or other treaty reductions T2062 T2062A used to report property dispositions and calculate estimated tax on transactions. Issue of before the transaction as opposed to after the transaction. The need to file a tax return if you miss the deadline. NR4 –used to report withholdings NR5 used in personal tax situations to reduce withholdings Nr7 T4A -NR T1135 is familiar to most personal tax return filers. The thing is that this form is for all filers, not just personal tax return filers. So corporations may find that they have missed filing this form. T1134A and T1134B are for reporting interests in foreign affiliates. This includes an organization chart. We see this being missed when Canadians set up a subsidiary in a foreign jurisdiction. We see confusion over what entails a foreign subsidiary. A common confusion is that the client thinks of it as a branch and the foreign accountant has set up an LLC for example. A couple of bizarre ones we have seen are LLCs set up to own motorhomes and rental properties. T106. Thankfully this has a De minimis rule. It discloses a lot of transactional information in multinationals. It can catch you off guard because its transactions are additive of both positive and negative amounts. There are also forms for trust transactions T1141 and T1142, we try to avoid working with offshore trusts. They require a whole higher level of reporting and management.

Canadian and foreign tax laws are complex and have a tendency to change on a frequent basis. As such, the content published above is believed to be accurate as of the date of this post. Before implementing any tax planning, please seek professional advice from a qualified tax professional. Empire, Chartered Professional Accountants will not accept any liability for any tax ramifications that may result from acting based on the information contained above.

What is a T1134 Information Return Relating to Foreign Affiliates?

What is Part XIII Income Tax and how does it affect non-resident corporations?

What is a T106? Non-Arm’s Length Transactions with Non-Residents

What is an Input Tax Credit for GST?